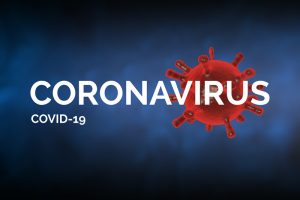 Most deaths at work are reportable under the Reporting of Injuries, Diseases and Dangerous Occurrences Regulations 2013, whether they involve an employee or another worker, such as a contractor.

Coronavirus has added a new dimension to this, with the HSE making it clear that it would expect death to be reported under RIDDOR where it was probable that exposure occurred at work. Some have reacted to this, saying that it poses as many questions as it answers. But, if we leave to one side the reporting issue, it is nevertheless clear that this is most likely to affect front-line care workers both in the NHS and in care homes. We can now also say with some certainty how inspectors are likely to approach such investigations.

The investigation of a death at work is a sombre matter and inspectors approach it with gravity. That said, the process of investigation is fundamentally the same as for less serious incidents.

When an inspector calls

Where the death was believed to have been caused by Covid-19, you can expect investigators to focus on the precautions you took, and the extent to which they were effective.

What a HSE inspector may ask

One key difference between the investigation of a major accident and that of a fatality is that in the latter case, there is likely to be an inquest.

Separate enquiries would be made by the police, usually in the form of a ‘coroner’s officer’, so that witnesses can be identified and statements taken. In the case of a death at work, it is also foreseeable that the police will investigate to see if there is any case to answer under manslaughter legislation, which operates in parallel to health and safety requirements.

At the time of writing, no cases have been taken in relation to Covid-19, so recognise that, like the rest of us, investigators will be feeling their way in dealing with unprecedented circumstances and may make mistakes. Co-operating with them while protecting your own interests is the balance to strike.