Home / blog / Five things you need to know about Coronavirus

Five things you need to know about Coronavirus 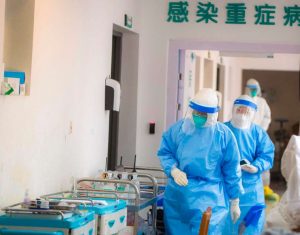 Myths around the risks of coronavirus in the UK are doing the rounds. We put the facts straight.

You might be starting to see people wearing them in the UK, but there is limited evidence that they work. That’s because they are generally too loose, don’t cover the eyes and can’t be worn for long periods. Face masks need to be changed frequently (because they get sweaty), if they are to offer any real protection. To protect yourself, the World Health Organization (WHO) says it’s more important to:

cover your mouth and nose while sneezing, with a tissue or your elbow
put the tissue straight into a closed bin
wash your hands afterwards, and then frequently, with soap or sanitiser
keep your distance from people who are coughing and sneezing (at least one metre)

You can’t catch the virus from animals

There is no evidence that your pet dog or cat can be infected with the new coronavirus, according to the WHO. But that doesn’t mean you shouldn’t regularly wash your hands with soap and water after touching them. Even cuddly pets can carry bacteria such as E.coli and salmonella – and these are bugs that can pass between pets and humans.

The new (and as yet unnamed) coronavirus is thought to have originated in a live animal market in Wuhan, China – with the source likely to be wildlife. The virus could have gone unnoticed in animals before jumping to humans, which is how many viruses start. eg. avian flu, Ebola, Sars. But that doesn’t mean animals in general are dangerous or spreaders.

Coronavirus: How worried should we be?

The new virus is part of the coronavirus family, which includes the common cold, Sars and Mers. It is seldom a ‘killer’. Most people will have mild symptoms (cough, high temperature) and will recover, the UK’s top doctor says.

However, the virus is making some people seriously ill (pneumonia, breathing problems) and killing a small number (severe lung issues) in China.

Remember that flu, which circulates every winter, kills people too – an average of 600 people die from complications of flu in the UK every year. Scientists still don’t know exactly how the new virus is spread. Tiny droplets from coughs and breathing are most likely. Getting a flu vaccine at the moment is still advised by UK health officials.

But there is no cure

There are no specific medicines or vaccines for the new virus, and antibiotics don’t work either (they fight off bacteria). Treatment options do exist but most people get better on their own. Scientists are working hard to develop a vaccine, but this will have to be tested in trials first, so it could be some time before it’s ready. Older people and those with other health conditions, such as asthma, heart disease, cancer and diabetes, are most vulnerable to the new virus. Although anyone of any age can get it, only a small proportion of people are dying from it.

Contact 111 or your local GP if you have concerns.