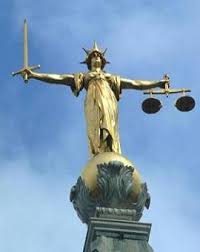 In England and Wales, modern slavery is defined within the Modern Slavery Act 2015 (and similar legislation within Scotland and Northern Ireland). It includes the following crimes.

Modern slavery, which encompasses forced or compulsory labour and human trafficking, is a heinous crime still taking place in the UK. Perpetrators exploit their victims, using them as a commodity for economic gain. It is often hidden in plain sight, taking place in workplaces such as car washes, construction sites, fields and factories across the country.

Construction is a high-risk industry for modern slavery. The reasons are several-fold. The sector has a high reliance on temporary, agency and migrant workers, and workers are often employed in low-skilled jobs that attract the minimum wage. This type of employment already brings with it a high risk of exploitation, but the industry’s business models exacerbates the situation by relying on tight margins and a race to the bottom when contracting work. This combination can price out high ethical standards, and create an environment that criminality can infiltrate.

This topic covers the supply chain transparency requirements of the Modern Slavery Act 2015, as well as specific information on how slavery can be tackled within construction.

Training is an important part of any programme to raise awareness of modern slavery and to give employees the knowledge and competencies they need to spot the signs, know what to do if modern slavery is suspected, and conduct their work in a way that proactively reduces risk.

It should be carried out at every level within the business — from management to construction site workers — and should be specific to the area of work. Training for procurement professionals, for example, is going to be different to that of site supervisors.

Contact us if you require training or guidance with this topic.